How Do Pipes Corrode, And Why Is This A Big Deal?

Pipes are some of the longer-lived components of a home's plumbing system. However, they do not last forever. One of the biggest problems that arise in pipes is corrosion. Why does corrosion happen, and why is it such a big deal? Read on to learn.

Why does corrosion occur?

Corrosion happens when various minerals in the water react with the metal that comprises the pipe. It is more common in galvanized steel pipes, which were commonly used in homes prior to 1960. (Once plumbers realized galvanized pipes had so many problems with corrosion, they stopped using them.) It can happen in copper pipes, too, particularly if the water has a more acidic pH.

If you are noticing white deposits or weird markings on your faucets, then you probably have corrosion in your pipes too.

Why is corrosion a big deal?

Corrosion is a major issue because it can cause sudden leaks and burst pipes. A pipe may develop a small hole in it, leading to water leaks and mold growth where the water leaks out. Or the pipe may freeze, and since it is weak from corrosion, it may burst — leading to intense flooding that causes thousands of dollars in water damage.

What should you do about corrosion?

If you suspect that your pipes may be corroded, your best bet is to call a plumber and have them replace the water line and pipes in question. They can send a camera down into the pipe to assess the nature of the corrosion before recommending replacement or repairs. While you might fear the expense of replacing your pipes, note that it is often less than the cost of repairing your home after a burst pipe.

If your pipes that are experiencing corrosion are relatively new, you should also look into why the corrosion is appearing. If your water is too acidic, you may need to install a water treatment system to adjust the pH of your water as it enters your home. Or you may need to choose PEX or plastic pipes over copper ones to avoid corrosion in the future.

To learn more about corroded pipes and the issues they may cause, reach out to a plumbing service in your area that offers water line installation services. They will appreciate that you are trying to address this issue before it causes you to experience extensive flooding at 3 am! Nobody wants to wake up to a burst, corroded pipe.

Read in about 2 Minutes 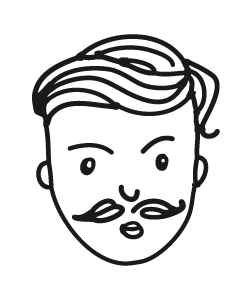 Have you ever thought about how you could make your home better? I started thinking about different changes that might make things a little more functional, and it occurred to me that I needed to make a few plumbing updates. I had a plumber go through and completely replace our sink and garbage disposal, and then we also had him streamline our drains. It was cool to see how much better our home felt, and I knew that I could never go back to the old way of doing things. I wanted to create a blog completely devoted to making the right improvements in your house.